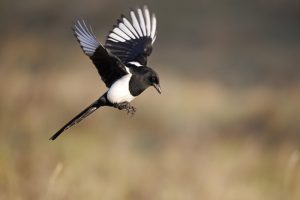 Recent research has demonstrated how scavenging, the act of consuming dead animals, plays a key role in ecosystem structure, functioning, and stability. A growing number of studies suggest that vertebrate scavengers also provide key ecosystem services, the benefits humans gain from the natural world, particularly in the removal of carcasses from the environment. An increasing proportion of the human population is now residing in cities and towns, many of which, despite being highly altered environments, contain significant wildlife populations, and so animal carcasses. Indeed, non-predation fatalities may be higher within urban than natural environments. Despite this, the fate of carcasses in urban environments and the role vertebrate scavengers play in their removal have not been determined. In this study, we quantify the role of vertebrate scavengers in urban environments in three towns in the UK. Using experimentally deployed rat carcasses and rapid fire motion-triggered cameras, we determined which species were scavenging and how removal of carcass biomass was partitioned between them. Of the 63 experimental carcasses deployed, vertebrate scavenger activity was detected at 67%. There was a significantly greater depletion in carcass biomass in the presence (mean loss of 194 g) than absence (mean loss of 14 g) of scavengers. Scavenger activity was restricted to three species, Carrion crows Corvus corone, Eurasian magpies Pica pica, and European red foxes Vulpes vulpes. From behavioural analysis, we estimated that a maximum of 73% of the carcass biomass was removed by vertebrate scavengers. Despite having low species richness, the urban scavenger community in our urban study system removed a similar proportion of carcasses to those reported in more pristine environments. Vertebrate scavengers are providing a key urban ecosystem service in terms of carcass removal. This service is, however, often overlooked, and the species that provide it are among some of the most disliked and persecuted.