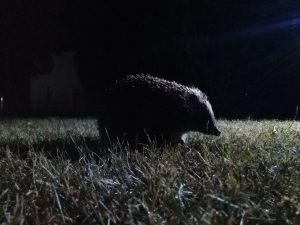 Artificial lighting, especially but not exclusively through street lights, has transformed the nighttime environment in much of the world. Impacts have been identified across multiple levels of biological organization and process. The influences, however, on population dynamics, particularly through the combined effects on the key demographic rates (immigration, births, deaths, emigration) that determine where individual species occur and in what numbers, have not previously been well
characterized. The majority of attention explicitly on demographic parameters to date has been placed on the attraction of organisms to lights, and thus effectively local immigration, the large numbers of individuals that can be involved, and then to some extent the mortality that can often result. Some of the most important influences of nighttime lighting, however, are likely more subtle and less immediately apparent to the human observer. Particularly significant are effects of nighttime lighting on demography that act through (i) circadian clocks and photoperiodism and thence on birth rates; (ii) time partitioning and thence on death rates; and (iii) immigration/emigration through constraining the movements of individuals amongst habitat networks, especially as a consequence of continuously lit linear features such as roads and footpaths. Good model organisms are required to enable the relative consequences of such effects to be effectively determined, and a wider consideration of the effects of
artificial light at night is needed in demographic studies across a range of species.