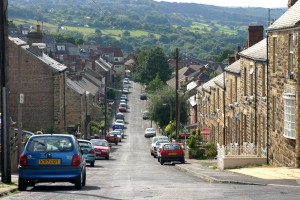 Urbanization is widely presumed to degrade ecosystem services, but empirical evidence is now challenging these assumptions. We report the first city-wide organic carbon (OC) budget for vegetation and soils, including under impervious surfaces. Urban soil OC storage was significantly greater than in regional agricultural land at equivalent soil depths, however there was no significant difference in storage between soils sampled beneath urban greenspaces and impervious surfaces, at equivalent depths. For a typical U.K. city, total OC storage was 17.6 kg m-2 across the entire urban area (assuming 0 kg m-2 under 15% of land covered by buildings). The majority of OC (82%) was held in soils, with 13% found under impervious surfaces, and 18% stored in vegetation.Wereveal that assumptions underpinning current national estimates of ecosystem OC stocks, as required by Kyoto Protocol signatories, are not robust and are likely to have seriously underestimated the contributions of urban areas.