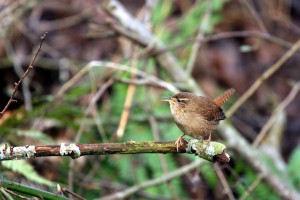 A large body of work over the past few decades has revealed the manifestly dramatic impacts of urbanization on species’ distributions and ecologies, many of which result from gross changes in land use and configuration. Less well understood are the rather more direct interactions between people and biodiversity in the urban arena. While there is a general concern that urbanization impoverishes human contact with nature, daily interaction with biodiversity in urban greenspaces and the widespread provision of food and nesting resources for wildlife form a part of many city-dwellers’ experience. Using data from the UK, we show that supplementary resource provision aimed explicitly at enhancing avian populations can result in high levels of additional foraging and nesting opportunities, particularly in urban areas. However, our data also indicate that levels of such resource provision are strongly positively correlated with human population density at a regional scale, and within a large city. The proportion of households participating in bird feeding depends on social and economic features of the human population, suggesting that strong covariation between human and ecological communities will result. Indeed, we demonstrate that the abundances of some urban-adapted bird species are positively related to the density of feeding stations across the urban landscape, although such relationships were not apparent for other species that commonly use garden feeding stations. It has been suggested that interactions with nature, such as feeding birds, could have beneficial consequences for human health. A better understanding of this potential feedback is required.