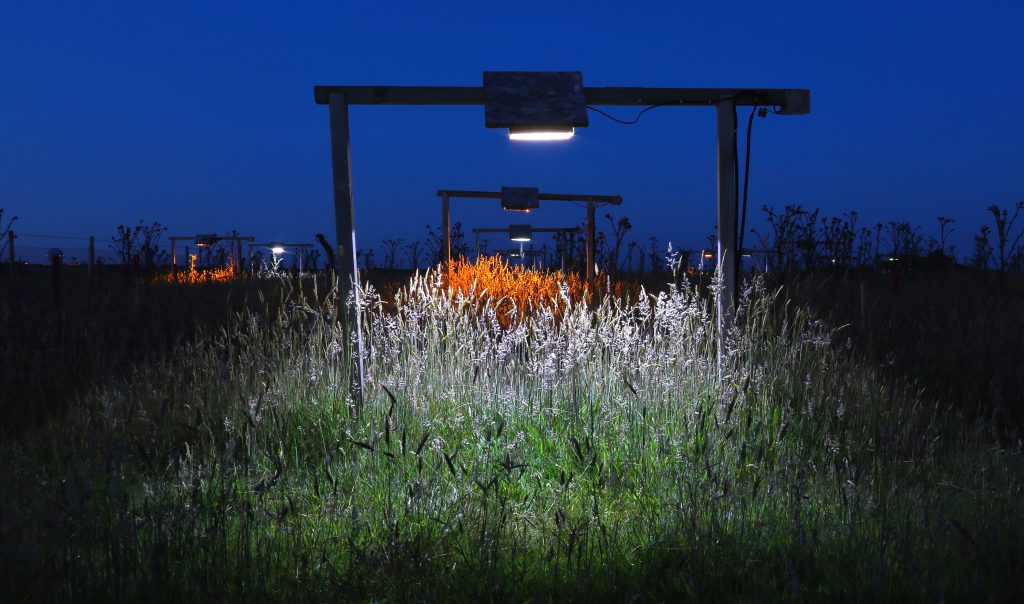 In this experiment mobile organisms have the opportunity to move away from or into lighting treatments. We have found that modern LED lighting can have impacts on the structure and composition of ground-dwelling invertebrate assemblages.