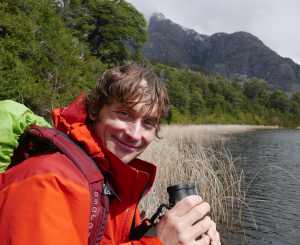 Current research: My current role is focused on understanding the ecology of the nighttime, a relatively unexplored area of ecology. Most researchers often consider nighttime to be similar to the day but without the light. However, the nighttime environment has its own sets of ecological conditions that drive evolution and ecosystem function, such as lower temperatures and varying amounts of biologically useful light. My research focuses on understanding the ecology of the night at both the macroecological and community ecology scales.

Research interests: I am an ecologist and field researcher who is interested in macroecological patterns, behavioural ecology, life history and applied conservation (particularly of birds). I am also an interdisciplinary research scientist, who brings an ecological perspective to exploring the relationship between experiences of nature and human health, with an emphasis on the role that birds play.

Previous research: Most recently I held the role of research fellow at the University of Exeter’s European Centre for the Environment and Human Health in Truro. There I systematically mapped the benefits and costs to human health of interacting with the seas and oceans in Europe.  Previous to this position I spent almost five years working with Professor Gaston exploring the relationship between between biodiversity and people in cities. I explored the health and well-being benefits from nature and the role of specific components of nature in providing these benefits. My research has included a strong African component including the seasonality of life history traits in West African birds and conducting biodiversity surveys in the remote mountains, savannahs and ocean of Tanzania. 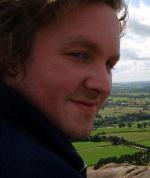 Current Research This project is supporting delivery of Cornwall’s 2015-2065 Environmental Growth Strategy, through development of a Natural Capital Information and Management Hub, as a part of the Environmental Growth for Business (EG4B) project. It is developing an interface between SMEs in Cornwall and the Isles of Scilly and a robust database of natural capital, assisting in the development of new business opportunities through engagement with sustainable technologies and environmental datasets.

Previous Research My research has focused on the application of new methods to environmental protection, remediation and sustainability. My former research work was focused on the development of in vitro methods to assess the bioaccessibility of soil bound contaminants. It focused on the modelling of PCB absorption within the human body, exploring the potential impact on human health focused policy and implications for increased sustainable development through the re-use of brownfield sites within urban environments. I feel my research background combines quantitative analytical work with a strong focus on the environmental and societal impacts of academic research. 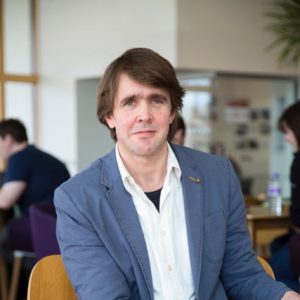 Current research The project is supporting the delivery and monitoring of Cornwall’s Environmental Growth Strategy by developing suitable mapping and analytical approaches to monitor the state of ecosystem services, and assess the impacts and dependencies of SMEs (small and medium sized enterprises) on natural capital.

Previous research My early research career was spent at the University of Oxford and Institut National de la Recherche Agronomique exploring how oak wood influences the maturation of wines and spirits. I have worked as a Statistician and Senior Policy Adviser within the Department for Transport, on science and technology policies to improve transport security and information management. Most recently I have been modelling local climatic conditions and seeking to assess the implications for vineyards in South-west England.

Current research Before now data on spatial variation in the emissions of artificial nighttime lighting (from streetlights and other sources) at different wavelengths (perceived as colour) has largely been lacking, particularly at geographic scales. In this project we will resolve this problem, and determine the likely severity across Europe of an array of ecological impacts of artificial lighting of the nighttime environment. We will do this by creating environmental risk maps using data from a novel and largely untapped source, the colour images taken using conventional SLR cameras by astronauts aboard the International Space Station (ISS).

This project complements the Cities at Night project that I coordinate and run. Cities at Night is a citizen science program to prepare the images taken by astronauts for scientific exploration by tagging, locating and georeferencing them.

Previous research As an astrophysicist my previous research has focussed on investigating artificial light at night. My PhD (Complutense University of Madrid) investigated spatial, temporal and spectral variation of light pollution and its sources. I use astrophysics techniques to collect data on artificial light at night on the earth from the stratosphere and higher altitudes. I am a member of the board of directors for the International Dark Sky Association and an advisor at the sky quality office for the Instituto de Astrofísica de Andalucía. 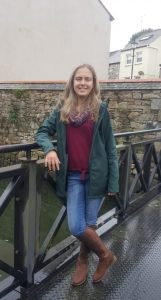 Current Research  My research will be exploring the erosion of natural darkness in protected areas around the world, with particular focus centred in my home country of South Africa. I will also be exploring the possibility of obtaining the first coloured images of light pollution and integrating them into existing data to determine the changes in the colour spectrum of light pollution. Over the last decade colour spectrums of light have become a key focus in studying artificial light at night with the shift to whiter full spectrum lighting technologies.

Research Interests I am interested in how light pollution may be affecting protected areas, and the land surrounding them. Especially how night time illumination inside these areas, from tourism related activities may be eroding natural darkness.

Previous Research My previous work has taken an experimental approach to examining the effects artificial night time lighting may have on the biological rhythms and other aspects of physiology of small mammals in South Africa. 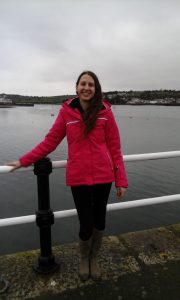 Current research My research is focused on evaluating the effect of artificial nighttime lighting on different stages of the life plant cycle which are under photoperiodic control. To do so, we are conducting a long-term experiment using LEDs in order to simulate the effect of street lights on wildflowers. I am supervised by Prof Kevin Gaston and Dr Jon Bennie.

Research interests I am interested in how the disruption of natural light cycles affects developmental transitions and flowering responses in plants. I’m also interested in determining which biotic and abiotic factors influence plant reproduction, plant abundance, and species composition.

Previous research My research has focused mainly on the relationship between species composition and soil chemical properties, particularly metal content. Moreover, I have used gradient analysis to assess the importance of water quality on both plant abundance in High Andean meadows and phytoplankton structure. I have also tested the effect of number of conspecifics on reproduction and pollinator visitation in Eschscholzia californica, an invasive plant in Chile. I identified plant samples for over three years as part of a research project on flora of central Chile. 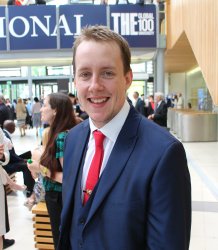 Current research I am working within the mathematics department under the supervision of Professor Stuart Townley, Dr Markus Mueller and Professor Kevin Gaston. Using the expertise of software development from NJW Ltd. (co-funding the project) and combining it with the modeling and environmental data analysis expertise at the University of Exeter, I aim to develop a computational tool to enable users to assess and sustain natural resources and assets at various geographical scales. 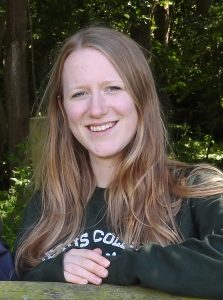 Research interests I am primarily interested in sensory ecology, especially how environmental and social cues and signals determine the behaviour of animals, how human pollution in different modalities can disrupt these normal behaviours, and how we can develop and introduce simple mitigation policy to reduce these impacts.

Previous research My MRes focused on the impact of motorboat noise on parental care behaviours in coral-reef fish, in particular using field experiments and in situ boats, as opposed to recorded playback, to get a realistic picture of potential fitness effects of noise pollution. I have also previously worked on flight behaviours and decision making in raptors and social colour change in chameleons. 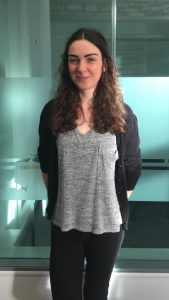 Current Research Producing enough food while leaving space for nature will be one of the major challenges faced by humanity over the course of this century, particularly as the climate continues to warm. Producing higher-value crops typically requires less land, permitting more land to be devoted to conserving biodiversity. This research project will help develop and apply the latest high-resolution microclimate models to identify places that are most climatically conducive to growing a range of novel crops, using Cornwall and the Isles of Scilly as a case study. It hopes to help resolve conflicts between farming and biodiversity and suggest practical solutions to the issue food security which can be applied globally. I am supervised by Dr. Ilya Maclean and Professor Kevin Gaston

Current research My overarching aim for this PhD project is to establish key evidence on how light pollution affects the activity and foraging behaviour of bees. For the first 6 months of my PhD I will be completing a rotational project in Professor Kevin Gaston’s group looking at how plants respond to artificial light at night time. My work will provide scientific evidence to support the evaluation of potential risks that come with the ongoing extension of artificial light. I am supervised by Prof Natalie Hempel de Ibarra and Prof Kevin Gaston.

Research interests My main interest is in animal behaviour especially the behaviour of insects and how emerging factors, caused by the increasing human population, affect their behaviour.

Previous research My research has generally focussed on animal behaviour in changing environments. Most recently I have examined the spatial aspects of foraging behaviour in Eastern honeybees, Apis cerana. 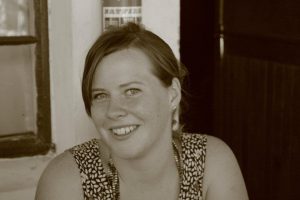 Current research I am looking into the impact of climate change induced range expansion on the different life history stages of overwintering insects. I am supervised by Dr. Frank van Veen  and Professor Kevin Gaston.

Research interests I am interested in climate change and photoperiod implications on whole communities.

Previous research I have worked on aphids and parasitoids, both with reference to artificial light at night and extinction cascades. 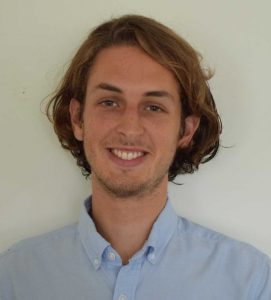 Current research My research is exploring the biodiversity that hedgerows and road verges support, and the benefits that this biodiversity provides in terms of ecosystem services. I am working in partnership with the Cornwall Area of Outstanding Natural Beauty (AONB) unit to identify best management of hedgerows and road verges, in terms of conservation of both biodiversity and natural capital. I am supervised by Professor Juliet Osborne and Professor Kevin Gaston.

Research interests I am broadly interested in finding better ways to manage the environment around us in order to conserve nature, which can provide direct benefits to human health, wellbeing and quality of life. I am interested in taking a holistic, cross-discipline and collaborative approach to solving problems that considers the opinions and perspectives of all stakeholders, and results in real beneficial changes in management.

Previous research My previous research has focused on pollinator community ecology, specifically pollination service provision to crops and impacts of climate change. I have also been involved in projects across broad disciplines in a previous role where I worked with academics to facilitate research impact. 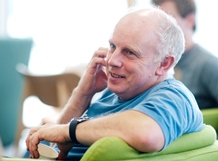 I provide practical support to Kevin Gaston’s research group and the Ecolight project which assesses the ecological effects of nighttime light pollution. My role is to build and maintain the equipment required throughout the experimental period of the project, as well as assisting in the collection of samples and data. 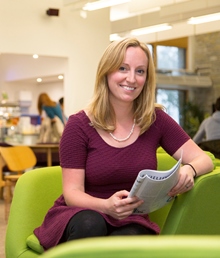 I am assisting with the analysis and processing of images taken by astronauts aboard the International Space Station (ISS) and research into the ecological impacts of artificial light.

Past members
Postdoctoral fellows and researchers