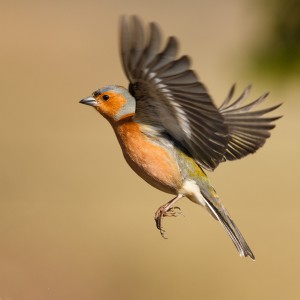 Interacting with nature is widely recognised as providing many health and well-being benefits. As people live increasingly urbanised lifestyles, the provision of food for garden birds may create a vital link for connecting people to nature and enabling them to access these benefits. However, it is not clear which factors determine the pleasure that people receive from watching birds at their feeders. These may be dependent on the species that are present, the abundance of individuals and the species richness of birds around the feeders. We quantitatively surveyed urban households from towns in southern England to determine the factors that influence the likeability of 14 common garden bird species, and to assess whether people prefer to see a greater abundance of individuals or increased species richness at their feeders. There was substantial variation in likeability across species, with songbirds being preferred over non-songbirds. Species likeability increased for people who fed birds regularly and who could name the species. We found a strong correlation between the number of species that a person could correctly identify and how connected to nature they felt when they watched garden birds. Species richness was preferred over a greater number of individuals of the same species. Although we do not show causation this study suggests that it is possible to increase the well-being benefits that people gain from watching birds at their feeders. This could be done first through a human to bird approach by encouraging regular interactions between people and their garden birds, such as through learning the species names and providing food. Second, it could be achieved through a bird to human approach by increasing garden songbird diversity because the pleasure that a person receives from watching an individual bird at a feeder is dependent not only on its species but also on the diversity of birds at the feeder.