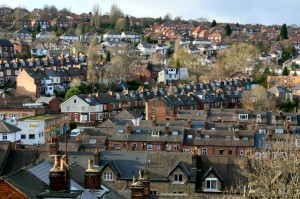 How individuals colonising novel environments overcome the diverse suite of new selection pressures faced is a fundamental question in ecology and evolution. Urban environments differ markedly from the rural ones that they replace and successful colonisation of urban areas may therefore require local adaptation and phenotypic/genetic divergence from ancestral populations. Such a process would be facilitated by limited dispersal to and from the novel habitat. Here using stable isotopes we provide evidence that urban European blackbird Turdus merula populations tend to be more sedentary than rural ones. The increased sedentary behaviour of urban birds could promote further ecological divergence between rural and urban populations, such as the earlier breeding of urban blackbirds, and in some cases may contribute to their previously documented genetic divergence.