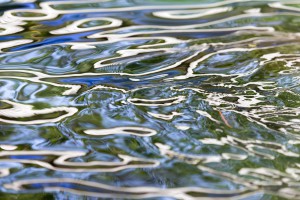 Phytoplankton are key components of aquatic ecosystems, fixing CO2 from the atmosphere through photosynthesis and supporting secondary production, yet relatively little is known about how future global warming might alter their biodiversity and associated ecosystem functioning. Here, we explore how the structure, function, and biodiversity of a planktonic metacommunity was altered after five years of experimental warming. Our outdoor mesocosm experiment was open to natural dispersal from the regional species pool, allowing us to explore the effects of experimental warming in the context of metacommunity dynamics. Warming of 4°C led to a 67% increase in the species richness of the phytoplankton, more evenly-distributed abundance, and higher rates of gross primary productivity. Warming elevated productivity indirectly, by increasing the biodiversity and biomass of the local phytoplankton communities. Warming also systematically shifted the taxonomic and functional trait composition of the phytoplankton, favoring large, colonial, inedible phytoplankton taxa, suggesting stronger top-down control, mediated by zooplankton grazing played an important role. Overall, our findings suggest that temperature can modulate species coexistence, and through such mechanisms, global warming could, in some cases, increase the species richness and productivity of phytoplankton communities.