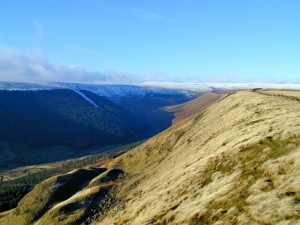 Here we document an example of what is probably a widespread but poorly understood phenomenon, namely how the abundances of individual species and of assemblages depend not only on characteristics of a given site on which they occur but also on the characteristics of sites comprising other habitats on which they are dependent. Such interdependencies are fundamentally important to conservation management, particularly because many threatened species move between different habitats daily or seasonally.